I’m a math nerd and a political nerd, so I came up with the following equation tonight for other nerds. Regardless of who you want to win the presidency, this equation will tell you how to calculate the percentage of remaining ballots that your candidate needs to win in order to catch up to the other cat. Anything more than that percentage, and your candidate wins! 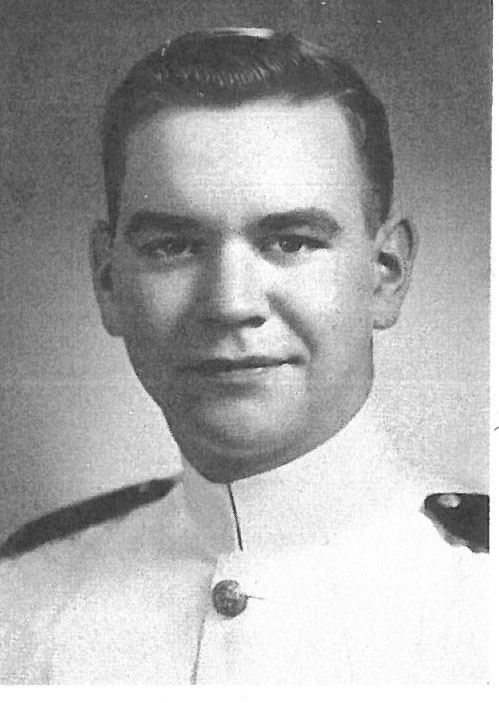 Harlan James Bakke was born in Hutchinson, Minnesota, on December 16, 1928, son of Edgar N. and Alice (Anderson) Bakke. He attended Gustavus Adolphus College, St. Peter, Minnesota (1946-1947), prior to entering the US Naval Academy, Annapolis, Maryland, on appointment from his native state in 1947. Graduated and commissioned Ensign on June 1, 1951, he subsequently advanced in rank to that of Commander, to date from August 1, 1965. In the fall of 1970, he was selected for the rank of Captain.

Following graduation from the Naval Academy in 1951, he reported onboard USS Cushing (DD-797) and in June 1952 was detached for flight training. Designated Naval Aviator on July 3, 1953, he then joined Patrol Squadron THREE, operating from the Naval Air Station, Jacksonville, Florida to Iceland and Argentia. Transferred in October 1955 to Heavy Attack Squadron ONE, also based at Jacksonville and later onboard USS Forrestal.

Ordered to London, England, he had instruction (Exchange Pilot) at the Royal Air Force Staff College, from October 1965 to January 1967 and in March of that year reported as Executive Office of Reconnaissance Attack Squadron FIVE. He assumed command of that squadron in January 1968. In May 1969 he reported as Operations Officer of USS Ticonderoga (CVA-14) and is entitled to the Ribbon for and facsimile of the Meritorious Unit Commendation awarded on that attack aircraft carrier for meritorious service while engaged in combat operations in Southeast and Northeast Asia during the period February 18 to September 7, 1969. He received 6 air medals and a Bronze Star.

In 1952, he married Carol Marion Pinske of Gaylord, Minnesota and had three sons: Paul,  Phillip, and Peter.

Well, I let Google watch over me, and they send an email every month reminding me how creepy it all is. Perhaps I should stop.

Some of my favorite movie plot twists (I don’t want to spoil any films you may not have seen, so read with care):

North by Northwest: Grace Kelly is actually an FBI informant who is found out by bad guys (James Mason and Martin Landau). Easter egg, in the shooting scene at the Mt. Rushmore restaurant, watch the young boy in the background cover his ears just before the gunfire occurs. Priceless.

Treasure of the Sierra Madre: Gold dust blows away in wind storm at finale.

Zulu: Final scene – you think 20,000 Zulu warriors are amassing for the coup de grace, but they pay their respects to the few remaining British soldiers and leave.

The List of Adrian Messanger: 1) Lots of disguised actors is loads of fun – Frank Sinatra, Robert Mitchum, Kirk Douglas, Tony Curtis, and Burt Lancaster. 2) Final scene of a fox hunt: George C. Scott outwits Kirk Douglas – it is Douglas, while escaping, who gets impaled on tines of repositioned farm equipment.

Bedford Incident: After Navy Captain (Richard Widmark) destroys a Soviet submarine with a tactical nuke there are a few stunned seconds of silence. Then the sonarman cries out: “Incoming torpedoes!” The ship has no defenses and everyone is doomed. No winners here. The look exchanged between Widmark and Sidney Potier when they know they are about to die is chilling and one of the greatest scenes in film, IMHO.

Failsafe: Quid pro quo for blasting Moscow to eternity, President Henry Fonda gives the order to nuke New York, even though he knows his wife is there.

A Few Good Men: One of the Marines on trial did not actually hear the order for “code red” from an officer – he heard it from his Marine friend who told him about it. Devastating to the defense, it sets up a great scene between Tome Cruise and Demi Moore (“the galactically stupid”). Don’t get me wrong, I love Demi Moore in this movie – nobody ever looked so good in Navy dress whites.

12 Monkeys: Too many twists to enumerate. But here’s one: Madeline Stowe thinks everything falls into place after she makes a phone call alone in Times Square. But when she chats with Bruce Willis about it afterward, he is able to repeat word-for-word what she said in the phone conversation. He has heard a recording of the conversation (from the future) – Gotcha!

Dr. Strangelove: All the thermonuclear explosions at the ending, starting with the one in the War room. BTW (Easter egg), towards the end of the movie, watch the actor, Peter Bull, in the background breaking up laughing as actor Peter Sellers, as Dr. Stranglove, bites his own hand, trying to prevent his own arm from doing a Nazi salute.

Somehow, I’m doing better than 99.94% of other people who played ESPN’s NCAAM Tournament challenge. I picked 5 elite 8 winners and 3 final 4 picks. Go figure. (Go Kansas, all the way!) Cool, but out of 17 million brackets cast, that means I’m only ranked 6538. Ha Ha! #ESPN

You know, whenever you hear about someone claiming that they are reincarnated from a previous life, the following seems to be true: they once were a prince, princess, queen or king. Or maybe a duke, duchess, earl, shaman. Whatever.

I am proud to announce right here and now that I, if I am indeed reincarnated, was probably a pig farmer in a previous life somewhere in medieval Germany.

Hey, bacon had to come from somewhere.

Now top that, you grandees.